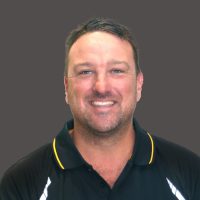 In October 2021, Grydale received significant investment from RD Offutt Co. The investment strengthens our financial position and will allow us to expand our service capacity, invest in further research and engineering, expand the company’s rental fleet and grow our international operations. We remain committed to Australian manufacturing and being able to support our customers with excellent products and service support.
RD Offutt Co, share a like-minded business ethos to that of the existing shareholders of Grydale, being a family-owned business, with a strong focus on equipment businesses.
The investment by RD Offutt Co, continues its recent history of investing in Australian family-owned businesses, resulting in the accumulation
of a dealership network that operates throughout 29 locations across Australia, supporting a diverse group of industries and customers. 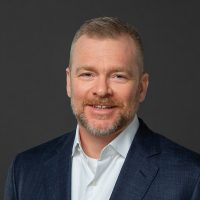 Ryan Offutt serves as Executive Vice President for R.D. Offutt Company. In this role he has responsibility for the company’s operations in Australia, Russia, Ukraine, Mexico, and Africa.

He was instrumental in founding RDO Equipment Co.’s Russian partnership, Agro-Construction Technologies (ACT), in 2005 and lived in the country for four years during the company’s rapid development. Today, ACT operates out of 14 locations across Southern Russia. The Ukrainian partnership was established in 2012 and now operates out of five locations. RDO Equipment Co.’s interest in the Vanderfield business in Australia was purchased in November 2012, and since then the group has made two further acquisitions, doubling the company’s number of locations and growing revenue by 70%.

He studied political science at Reed College, graduating in 2000, and worked at the Woodrow Wilson Center for International Scholars and on various political campaigns before joining R.D. Offutt Company.

He chairs the board of Democracy Prep Public Schools, a network of charter schools in six states, educating 7,200 students. 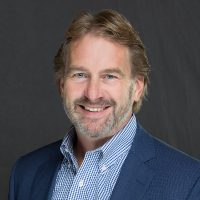 Steve Dewald has served as Chief Financial Officer for RDO Equipment Co. since 2001 and Executive Vice President of R.D. Offutt Company since 2016. He is responsible for advising the CEO and Executive Vice Presidents on major financial and strategic growth issues, as well as overseeing multiple administrative functions, including financial planning and analysis, accounting, credit operations, inventory, and technology.

Prior to joining Ag Capital in 1996, Dewald served as Chief Financial Officer of Metropolitan Financial Corporation. He began his career with Ernst & Young, focusing primarily in the financial services industry. Dewald is a graduate of Concordia College of Moorhead with a degree in accounting and finance. 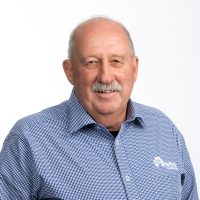 Peter came to Australia from New Zealand in 1978. A diesel mechanic by trade, he travelled around doing contract mechanical work on earthmoving equipment, trucks and tractors, and in 1984 he accepted a role as Plant Manager with earthmoving civil contractors Emerson.

As his experience and knowledge in the industry grew, Peter decided to go into business. In 1989, Peter and Rob Sawyers became the sole authorised dealer for Vermeer Corporation in Queensland, PNG and the Pacific Islands. They took over NSW in 1997, with then SA and Vic following about 12 months later. In the space of 30 years, the company grew steadily from a team of four to around 120 employees spread over five branches.

Peter’s leadership and vision instilled a strong customer focus into the business, enabled its expansion and resulted in the strong partnerships that it has created with some of Australia’s largest contractors. Under his direction, Vermeer Equipment Holdings has also been recognised internationally for consistently ranking in the number one position among Vermeer international dealerships worldwide. 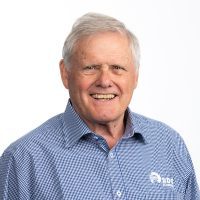 Ian is a Chartered Accountant and had his own practice for twelve years before merging with Ernst & Young, where he became a Partner. Ian’s main interest at the time was in small business tax and management services.

Ian resigned in 1987 to become one of the founding directors and original stakeholders of Power’s Brewery, where he took on the Finance Director role. The company was acquired by CUB in 1993, and Ian went back to consulting for the next two years, with a special focus on business development.

Looking for new horizons, Ian became a partner and shareholder in Vermeer Equipment Holdings, and a couple of years later was heavily involved in the company’s acquisition of the NSW dealerships, with Victoria and SA following in 1998. With Vermeer operating in all of Australia except for WA and NT, it was approached by RDO, who became partners in 2015.

Ian became an Executive Director and Shareholder at RDO Australia Group at its inception in late 2019. He is also a Fellow of the Australian Institute of Company Directors, a Registered Business Broker and an REIQ Agent.