The 3.45km twin tunnel underground rail link will run up to 42m below the city centre and includes the construction of two new inner-city underground stations (Karangahape and Aotea) and rebuilding the existing Mt. Eden Station. Construction of the stations and tunnels is through cut-and-cover and tunnel boring machine (TBM) methodologies, except for Karangahape Station (K-Road) which is being excavated by roadheaders due to its layout and dimensions.

Ventilation and dust control are needed to keep workers’ exposure to fumes and dust at safe, acceptable levels. Grydale provided ventilation design consulting to develop an extract ventilation system for the excavation of K-Road Station and supplied a JMS-60-MES dust collector and a 50m3/s axial fan to complete this work.

K-Road will have two entrances, one at Mercury Lane and one in the center of Beresford Square. The excavation of K-Road, which is the deepest of the CRL stations at 32m below the surface. The station is being excavated by two roadheaders because the Karangahape tunnel needs to be larger than the TBM to accommodate four underground station platforms which will be 150m long, suitable for nine train cars to increase capacity from the current six. The platform tunnels are maximum 8.9m high and 9.8m wide with an area of 80.2m2. 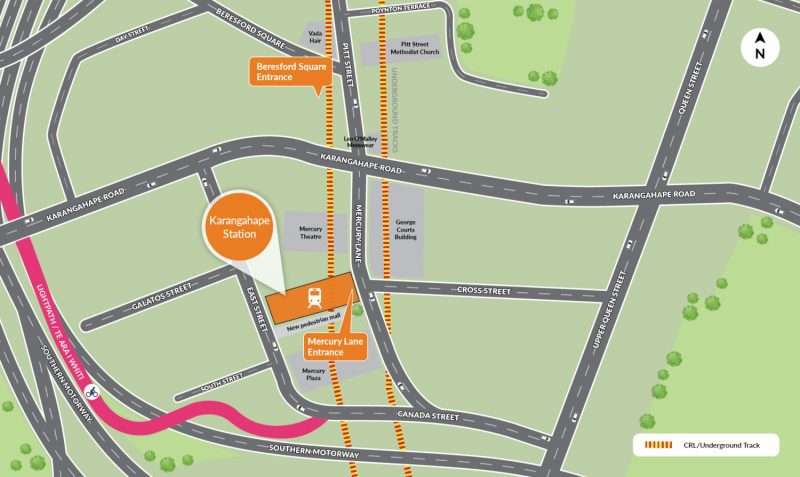 Grydale designed an extract ventilation system for K-Road in which air is drawn through the tunnel using negative pressure from the outside and exhausted via ducting to a dust collector, delivering clean air to the atmosphere.

The K-Road ventilation design is separated into 15 construction stages and has been designed around the last stage, where the maximum air flow is required. Each stage represents changes to the tunnel area as construction advances. The required capacity of the ventilation system is determined by air flow, diesel plant and number of workers to ensure there is sufficient clean air within the tunnel to meet health and safety regulations.

Ventilation modelling confirmed that a 450kW, 60m3/s dust collector would meet the requirements for the entire excavation of K-Road station. Grydale provided a JMS-60-MES mobile dust collector named “Jonah”. The unit features a Variable Speed Drive (VSD) which allows air flow to be reduced during the early stages of construction and turned up as construction advances.

Construction began in August 2020 with the Mercury Lane temporary shaft, which is 15m wide and 27m deep. The shaft serves as an access point to the mined tunnels for all excavation equipment.
Ventilation requirements for the excavation of the temporary shaft were met by a 90kW axial fan with an open circuit capacity of 46m3/s. The axial fan continued be used throughout the construction of K-Road to increase air flow into the tunnel to balance the extraction rate.

The fan is mounted alongside the dust collector on the mezzanine of the acoustic shed on the surface, and connected via 1600mm steel ducting to the excavation area via the shaft. The use of rigid steel ducting helps to reduce the pressure loss within the ventilation design.

Following completion of the shaft, a combination of forced and exhausted ventilation systems have been implemented to ventilate the mined tunnels and adits being excavated by Mitsu S200 and S300 roadheaders. 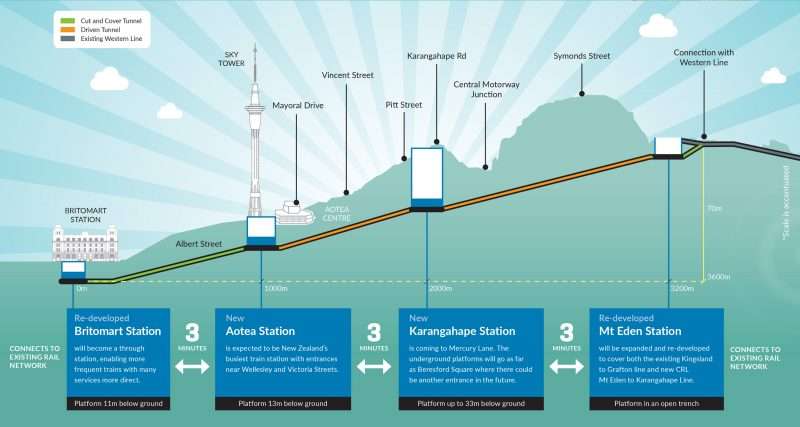 A Mitsui S200 roadheader was launched from the Mercury Lane shaft to excavate the first tunnel platform and two adits along the way before breaking through at the Beresford shaft. The tunnel stub (where the passing TBM will pick up excavation within the station) was excavated using a twin header on a 14T excavator.

The second roadheader, a Mitsui 300, was then used to overcut the tunnel and brattice was installed to block open sections of tunnel that would otherwise have resulted in air loss to create sections within the tunnel. Once brattice work was complete, the Mitsui 200 was launched in the second tunnel and the same extraction method is now being used as the roadheader progresses back toward Mercury Lane.

The urban location and construction method at Mercury Lane pose numerous space and noise constraints. To keep noise down and equipment out of sight, an acoustic shed houses all ventilation equipment at surface-level. The height of the mezzanine required the JMS-60-MES to be modified, so Grydale custom-designed the equipment to allow the exhaust silencer to be rotated 90 degrees (from the roof) to allow sufficient clearance.

Grydale has an in-house service and maintenance team, however restrictions on travel as a result of the COVID-19 pandemic meant our team needed to find a way to provide product service and support remotely, including the onsite commissioning of the dust collector and axial fan. This was effectively undertaken using live video support.

Ventilation and dust extraction are key to providing a safe work environment, so keeping the dust collector operational throughout the excavation process is critical. To ensure there was a local supply of spare parts, Grydale delivered a 20ft shipping container with critical parts and service kits, including an extra set of filters, to the job site.

As of July 2021, the second roadheader is excavating the tunnel from Beresford Shaft to Mercury Lane at K-Road Station. The CRL project is scheduled to complete in 2024.

“Grydale is proud to be working on this key infrastructure project in Auckland and will continue working closely with the project team to ensure ventilation and dust control requirements are met for the remainder of construction works”.
Thomas Ioramo, General Manager, Grydale 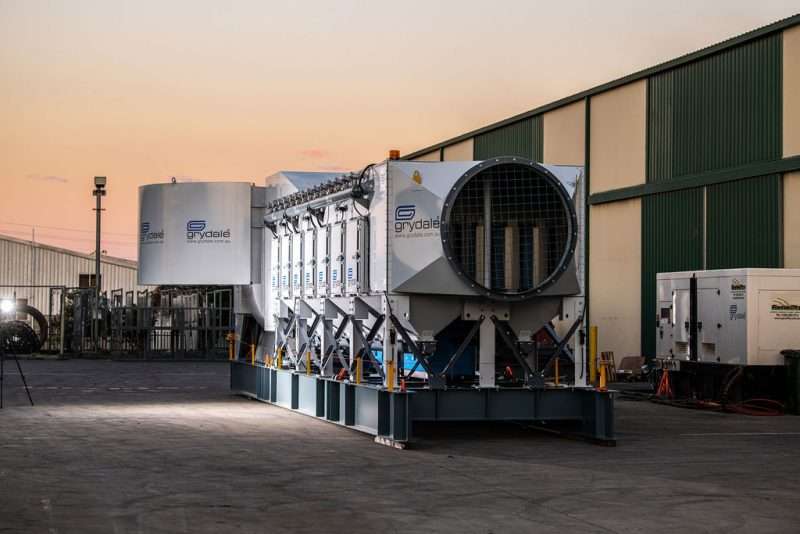 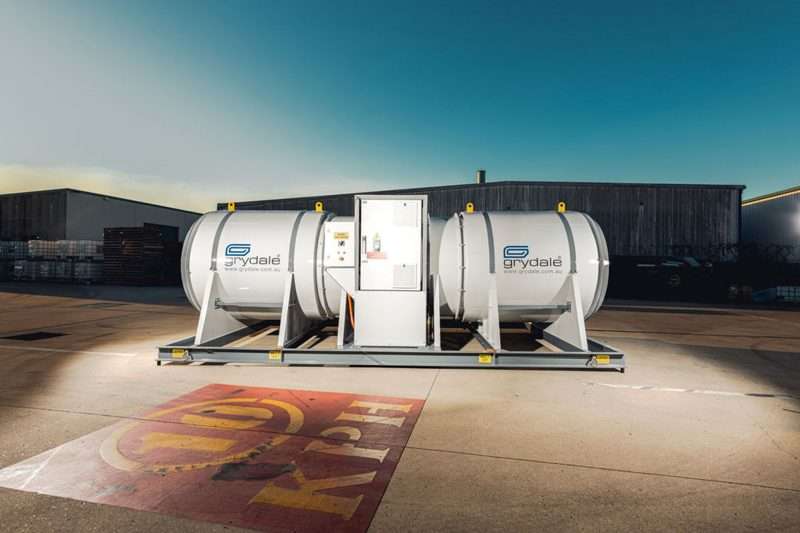 If you would like more information please complete the form below.